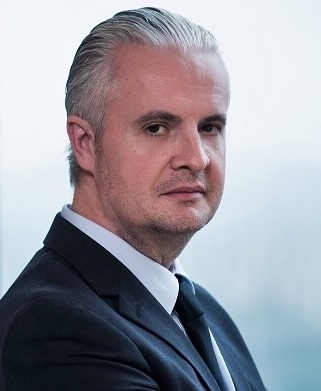 Dr. Julien Chaisse currently serves as professor at the City University of Hong Kong (CityU), School of Law. He is an award-winning and world-renowned expert on international economic law (trade, investment, and tax), cyberlaw, and international dispute resolution. His work has garnered wide academic recognition and has been cited by international courts/tribunals as well as the U.S. Courts.  He is the awardee of the Humanities and Social Sciences Prestigious Fellowship (2021) and the recipient of the Smit-Lowenfeld Prize from the International Arbitration Club of New York (2020). He also sits on the editorial boards of several high impact academic journals, and serves as Editor-in-Chief of the Asia Pacific Law Review.

Dr. Chaisse is currently President and Chair of the Asia Pacific FDI Network (APFN), which is the most important organization in the region that focuses on researching foreign direct investment and facilitating cooperation among over 100 scholars and 50 institutions. He has extensive experience working as a corporate board member, and serving on the board of directors/advisory board for a number of international organizations, including the World Free Zone Convention (WFZC), the Academy of International Dispute Resolution & Professional Negotiation (AIDRN), the National Institute of Malaysian and International Studies (IKMAS), and the Asian Academy of International Law (AAIL). In addition, Dr. Chaisse is an active member of the World Economic Forum (“Tax and Globalization Working Group” and “Data Policy Platform”), a member of the Hong Kong’s Government Board of Review (Inland Revenue Ordinance), an advisor and partner to the United Nations ARTNET on FDI, and a member of the Academic Forum on Investor-state Dispute Settlement. He also serves as Director of the Dot Trademark Policy Committee (DTPC), a co-founder of the Internet Intellectual Property Institute (IIPI), and is a member of the ICANN’s Working Group, which produced the Report of the Review of All Rights Protection Mechanisms in All gTLDs, among other highly-regarded white papers.

Prior to joining CityU Law School, Dr. Chaisse taught at the Chinese University of Hong Kong, Faculty of Law (2009-2019) where he served as Director of one the Faculty’s research centres as well as Director of PhD & MPhil Program. Before moving to Hong Kong, he worked as deputy head of the working group on the rules and regulations for multilateral trade and investment agreements at the World Trade Institute in Bern, Switzerland (2006-2009), as a lecturer at Elite School Sciences Po Aix in France (2004-2006), and as a diplomat for the Ministry of Foreign Affairs of France at the French Embassy in New Delhi, India (2001-2004).