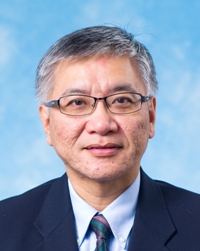 He conducted his post-doctoral research in semiconductor quantum well physics at Oxford University and Nottingham University in UK. His research interest is theory and modeling of transport, valleytronic, spintronic and optical processes in semiconductor, graphene, silicene, topological insulator and superconductor nanostructures.

His publications include two book chapters and over 100 refereed journal papers.

He has recently proposed, with QT Zhang and ZJ Lin of University of Science and Technology of China, a method to generate pure spin current and completely spin-polarized current in graphene. The study has been reported in American Institute of Physics public release, Eurekalert, Nanotechweb, Physics World and PhysicsOrg.com. The paper was published in Applied Physics Letters v.98 032106 (2011)

News Report of our research work on the web:

Theoretical and Modeling studies in: