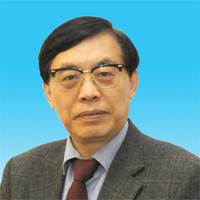 Prof. Zhang serves currently as the Editor-in-Chief for IEEE Reviews in Biomedical Engineering, Chair of 2018 Gordon Research Conference on Advanced Health Informatics, Chair of the Working Group for the development of IEEE Standard on Wearable Cuffless Blood Pressure Measuring Devices (IEEE 1708), Chair of 2016-2018 IEEE Award Committee in Biomedical Engineering, and a Member of the Fellow Membership Committee and Award Committee of the International Academy of Medical and Biological Engineering (IAMBE). Prof. Zhang was the Editor-in- Chief for IEEE Transactions on Information Technology in Biomedicine and the founding Editor-in-Chief of IEEE Journal of Biomedical and Health Informatics.

Prof. Zhang's research interests include cardiovascular health informatics, unobtrusive sensing and wearable devices, BSN/BAN security, neural muscular modeling and pHealth technologies. Prof. Zhang was the Chief Scientist for a National “973” Project on multi-modality sensing and imaging of plaques in vascular systems founded by the Ministry Of Science and Technology (MOST) of China, a Coordinator of the CAS-FEB Innovation Team for developing multi-modality and high resolution medical imaging, and an Investigator/Co-PI in several international research collaboration projects including European Union FP7 “HeartCycle” project led by Philips Research. He served on grant reviewing panels/committees of more than 10 different countries/regions including Wellcome Trust in UK, NIH in USA, NSERC in Canada, ITC in Hong Kong SAR, NSFC in China, MOST of Israel, MOST of India, a National Founding Agency in Netherland, etc. He was frequently invited to speak at academic, healthcare and industrial conferences all over the world on topics related to cardiovascular health informatics, unobtrusive sensing and wearable technologies. He was selected on the 2014, 2015, 2016 and 2017 lists of China’s Most Cited Researchers by Elsevier. He won a number of international awards including IEEEEMBS best journal paper awards, IEEE-EMBS Outstanding Service Award, IEEE-SA 2014 Emerging Technology Award, IEEE-SA award for contributions to standard development, IEEE Greece Chapter Award for recognizing his contributions to biomedical and health informatics, and the Grand Award on e-Health from Asia Pacific ICT Alliance in Melbourne. Prof. Zhang is elected to be IAMBE Fellow, IEEE Fellow and AIMBE Fellow for his contributions to the development of wearable and m-Health technologies.

Professor Zhang completed his undergraduate studies in 1976 and Master degree in 1981 both in Shandong University, and received his PhD degree in Electrical & Computer Engineering in 1990 from University of New Brunswick, Fredericton, Canada.