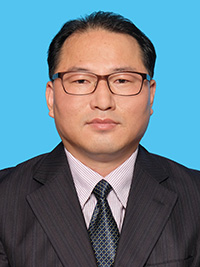 Dr Youngjin Lee received his Bachelor’s and Master’s degree from the School of Pharmacy at the Sungkyunkwan University in Korea. After working a few years as a clinical pharmacist, he moved to United States for studying neuroscience at the University of Alabama at Birmingham Medical Center, and he began to do research on glial biology in the central nervous system (CNS) under the guidance of Dr Michael Brenner. After completion of his PhD thesis in 2007, he joined Jeffrey Rothstein’s lab in the school of medicine at the Johns Hopkins University for postdoctoral training in 2009, and he has investigated the role of glia in Amyotrophic Lateral Sclerosis pathogenesis before joining the Department of Biomedical Sciences at the City University of Hong Kong in 2015. During graduate- and postdoctoral- training, he significantly contributed to understanding the property and role of glia, including astroglia and oligodendroglia, in health and disease. He was a recipient of the Research Fellowship Award from the Health Fellowship Foundation in Korea (1996), and the W. Barry Wood, Jr. Research Award at the Johns Hopkins University in USA (2013). Dr Lee also was a principal investigator on Development Grant from Muscular Dystrophy Association (2011–2014).

Neurons have historically been thought as the only major cell to play a key role in CNS health and disease. However, glial cells, including astroglia and oligodendroglia, comprise 80–90% of CNS cell numbers and volume. Accumulating evidence over recent decades suggests that glia are both a physically supporting and an active cell type controlling CNS development, maintenance, and disease response through its interaction with the neuron. Among neuron-glia interactions, energy metabolic coupling is particularly important in maintaining CNS health. The CNS consumes significantly high amounts of energy per second, and disrupted energy metabolism is one of the key factors that directly causes axonal degeneration and neuronal death in several neurodevelopmental- and neurodegenerative- diseases, including Cerebral Palsy and Ataxia.

Dr Lee’s Lab focuses on developing new tools, particularly mouse models and viral delivery systems to comprehensively understand glia-neuron energy metabolic coupling in neurological diseases. Critical CNS energy substrates are glucose and monocarboxylates such as lactate and ketone bodies. Particularly, glia-neuron metabolic coupling via monocarboxylate transporters (MCTs) may be an essential element for proper CNS development, including myelin formation, axon and synapse maturation, and neuronal circuitry development as well as for the maintenance of axonal and neuronal integrity during neuropathogenesis. Therefore, the study of MCTs during neurodevelopment and neuropathogenesis will provide novel therapeutic targets for those diseases, and also facilitate the development and application of inhibitors or activators specific to MCTs to prevent disease progression.