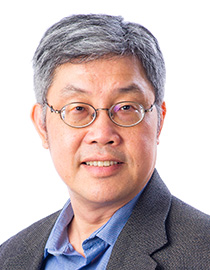 Currently, Cheung is the Hung Hing Ying Chair Professor of International Economics, Department of Economics and Finance, City University of Hong Kong. Concurrently, Cheung is member of the Council of Advisers, HKIMR/HKMA, a Research Fellow of the CESifo in Germany, a founding and board member of the Methods in International Finance Network in Europe, and a Chair Professor of the Shandong University. Cheung is included in The America’s Registry of Outstanding Professionals, the Academic Keys Who's Who in Social Sciences Higher Education, Who’s Who in Economics, Who’s Who in America, and Who’s Who in the World. Cheung's areas of research include econometrics, applied econometrics, exchange rate dynamics, asset pricing, output fluctuation, and economic issues in Asian Economies. His research results have been published in over 100 refereed articles, which appeared in more than 40 academic journals including Econometric Theory, Game and Economic Behavior, Journal of Business & Economics Statistics, Journal of Econometrics, Journal of International Economics, and Journal of Finance. Cheung coauthored a book on Financial Options (in Chinese) and a book on The Economic Integration of Greater China. He also co-edited the following books: China and Asia: Economic and Financial Interactions, China and Asia in the Global Economy, and The Evolving Role of Asia in Global Finance. Cheung’s research is characterized by state-of-the-art empirical methodologies applied to long-outstanding but unresolved issues and to important new research topics. His research is of great interest to academics and policy makers, and helps shape the debates by emphasizing what conclusions can and cannot be drawn from the data. He has been an extremely influential and recognized researcher; he is consistently ranked among the world’s top 5% of economists according to a widely used ranking of economists that employs a composite index of citation-based rankings (total citations, citations adjusted for co-authorship, …, etc.). In fact, Cheung ranks among the top 5% of economists on 33 of the 34 different individual ranking systems reported by RePEc, which has more than 30,000 registered economists and is one of largest “Web of World Repositories.” Note that Cheung still ranks among the top 5% of all economists even when citations are weighted by the number of coauthors. Further, he is on the list of top 5% authors in the field of International Finance (Research Papers in Economics, http://ideas.repec.org/top/top.ifn.html; ranked 22 in October 2009), In general, Cheung’s publications were well cited in the profession and in several prominent review articles and books. He is also, for example on the lists of a) the Top 1000 authors in terms of JF-equivalent pages in a set of 16 core finance journals, 1990-2001 (http://academic.udayton.edu/CarlChen/Chan%20Research/1000.htm, ranked 250), b) the Top 1000 Economists (Tom Coupe, 2002, “Worldwide Rankings of Economists and Economics Departments”), c) the Top 500 Economists (http://student.vub.ac.be/~tcoupe/update/authorsarticles.html), d) the 2002 Thomson ISI 100 Most-Cited Researchers in Economics (http://www.in-cites.com/nobel/2002-nobel-eco-top100.html, ranked 61), e) the 2003 Thomson ISI 100 Most-Cited Researchers in Economics (http://www.in-cites.com/nobel/2003-eco-top100.html, ranked 33), and f) the list of individuals by the number of all econometric articles, 1989–2005 (Badi H. Baltagi, Worldwide Econometrics Rankings: 1989–2005, Econometric Theory, 2007). His work on the finite sample critical values was incorporated in the econometric packages including STATA and TSP. Besides academic venues, Cheung’s research has been cited by, for example, the ChinAfrica, the Economist, the U.S. News & World Report, CFA Magazine, and the US government 2007 Congressional Research Service Report to the Congress and awarded the Citation of Excellence Award, offered by the ANBAR Electronic Intelligence, WWW.anbar.co.uk/awards/citations. Cheung has reviewed more than 500 articles and proposals and served as a referee for more than 80 different journals and grant agencies. He also has served on the editorial boards of ten journals. Cheung has presented his research results at academic and research institutions and conferences in Canada, Denmark, Finland, France, Germany, India, Italy, Luxembourg, The Netherlands, Norway, Spain, United States, China, Hong Kong, Japan, Korea, Malaysia, Singapore, Taiwan, Turkey, Australia, and New Zealand. He has given invited lecture series and keynotes in France, Germany, Luxembourg, China, and Taiwan. Some research grant awards include the Center for German and European Studies Grant, UC Pacific Rim Research Grant, and Strategic Research Grant. Cheung was the president (2007) and vice president (2001, 2002) of the Chinese Economic Association in North America (CEANA). He was the Executive Committee member (2005-2007) of the Asia-Pacific Economic Association. During 2010-11, he was the first Co-Director of the Sury Initiative for Global Finance and International Risk Management (SIGFIRM), and a member of its steering committee and Co-Director elected (2009-10). Cheung was very successful in launching SIGFIRM.