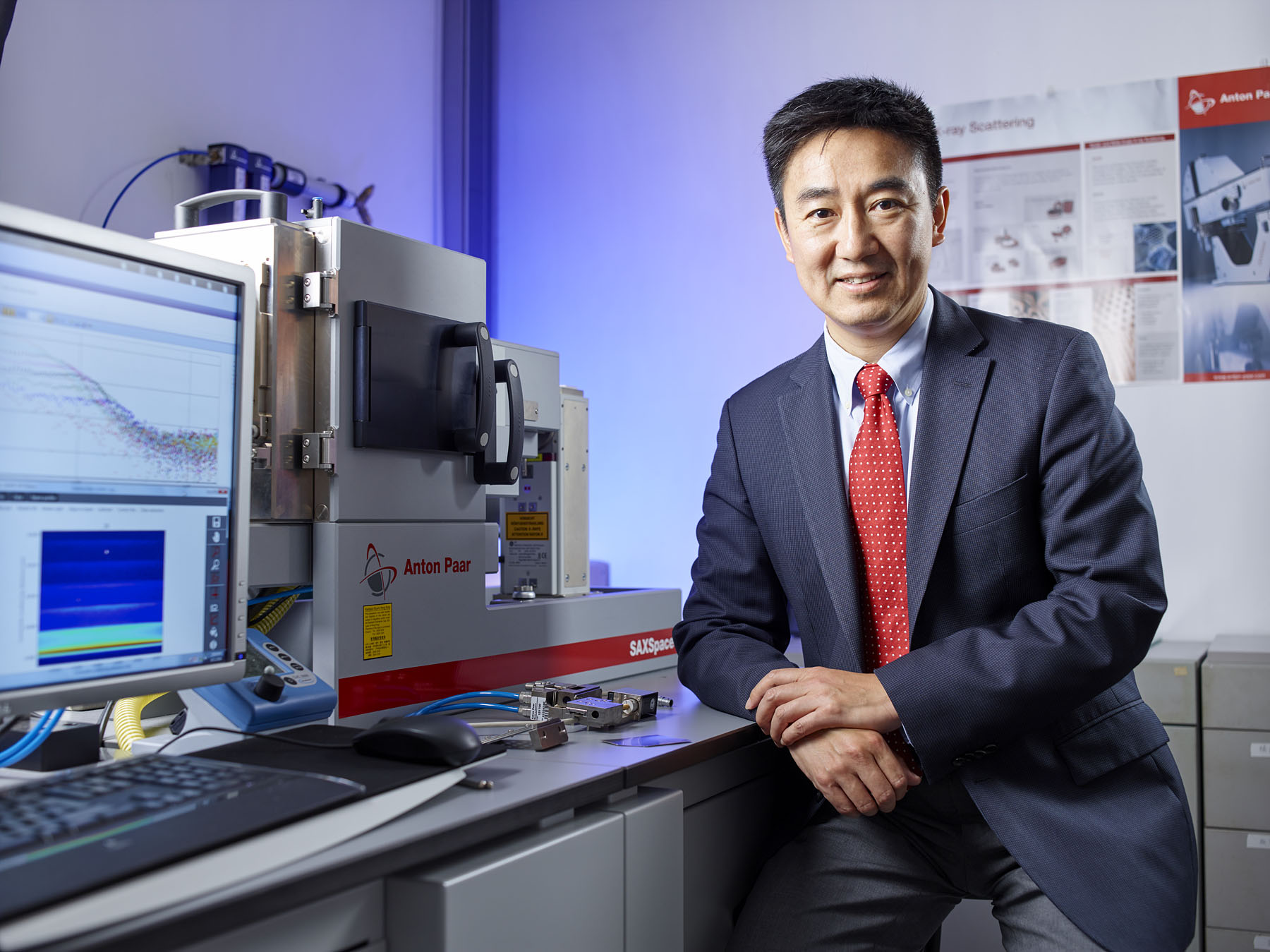 In August 2012, Professor Xun-Li Wang joined City University of Hong Kong as a Chair Professor and Head of the Department of Physics and Materials Science. In July 2017, the department split and Professor Wang assumed the headship of the new Department of Physics starting with 12 faculty members. He oversaw a rapid expansion of the new department, now with a 20+ strong faculty body and growing. In the latest Research Assessment Exercise (RAE2020), commissioned by Hong Kong’s University Grants Council, the Department of Physics performed well amongst a very competitive group in Hong Kong. An independent international panel rated 38% of the department’s research output as four-star (i.e., “world-leading”) and 52% as three-star (i.e., “internationally excellent”). He also helped the university to set up City University of Hong Kong Dongguan Research Institute, serving as the Founding Director in 2020-2021.

Prior to coming to Hong Kong, he had been working at Oak Ridge National Laboratory in the US, rising through the ranks to Distinguished Staff Member. He was responsible for the design, construction, and commissioning of VULCAN, a powerful engineering diffractometer at the Spallation Neutron Source, Oak Ridge National Laboratory. As a senior scientist in the Neutron Science Directorate, he led innovative research, using neutron scattering as a primary tool, to understand deformation and phase transformation behavior in complex materials.

Since joining City University of Hong Kong, Professor Wang has dedicated his efforts to establishing Hong Kong as an international hub for neutron scattering research. With the support from The Croucher Foundation, he started the biennial Croucher Summer Course on Neutron Scattering. He was also instrumental in launching the Gordon Research Conference series on Neutron Scattering, serving as the inaugural Chair in 2015. In addition, he and Professor Hesheng Chen of the Institute of High Energy Physics, Chinese Academy of Sciences, co-founded a joint laboratory on neutron scattering. The joint laboratory has received financial support from The Croucher Foundation, Hong Kong’s Research Grants Council, and the Chinese Academy of Sciences. In 2020, Professor Wang helped establish the Guangdong-Hong Kong-Macau Joint Laboratory on Neutron Scattering, serving as the Executive Director in Hong Kong. In the meanwhile, Professor Wang has maintained an active research portfolio. His current research interests include structure and dynamics in metallic glass, deformation behaviors in high entropy alloys, and magneto-elastic coupling in magnetic shape memory alloys.

Professor Wang received his Ph.D. from Iowa State University and B.S. from Peking University, both in Physics. He is an elected Fellow of the American Physical Society (APS), American Association for the Advancement of Science (AAAS), Neutron Scattering Society of America (NSSA), and his early work on welding residual stresses was awarded an A. F. Davis Medal by the American Welding Society.