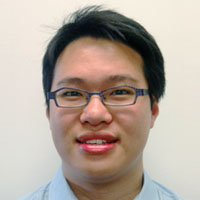 Dr. Wey Yang Teoh received his BE (Chemical Engineering, Hons. I) in 2003 and PhD in 2007, both from The University of New South Wales. Upon completing his PhD, he continued to serve as a Research Associate at the laboratory of Prof. Rose Amal at the ARC Centre of Excellence for Functional Nanomaterials, leading the flame spray pyrolysis program. In 2009, he was awarded the ARC Australian Postdoctoral Fellow (APD), which he held until his appointment as Assistant Professor at the School of Energy and Environment, CityU

The designing of functional nanomaterials is central to Dr Teoh’s research activities. By understanding the basic characteristics of the nanomaterials, the targeted properties of the materials are obtainable by adopting a wide variety of synthesis and modification techniques. Importantly, a holistic view of the materials design in relevance to the fundamental chemistry of the targeted applications is implemented at all times.