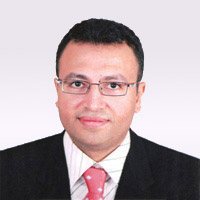 Dr Daoud graduated from the University of Technology Graz, Austria, with a Dipl-Ing degree (BS and MS) in Chemical Engineering and received his PhD in flexible bilayer photovoltaic cells from the University of Sheffield, UK. In 2002, he joined the Hong Kong Polytechnic University, where he played a substantial role in the establishment of a Nanotechnology Center in 2003 and took up a lectureship in 2005. In 2007, he moved to Monash University as lecturer and was promoted to senior lecturer in 2010. He joined City University of Hong Kong in the School of Energy and Environment in 2012 and served as Associate Dean for Research and Postgraduate Studies in 2018-2020.

Dr Daoud’s current research is mainly focused on energy harvesting and wearable energy technologies. His group is developing approaches for harvesting free or waste energy, such as light and kinetic energies. Being intermittent sources, it is equally important to find storage solutions for this form of energy. Therefore, the group is interested in the modelling and design of compatible energy storage flow batteries. Dr Daoud has received international renown and several awards for his pioneering work on wearable solar self-cleaning and kinetic energy harvesting technologies. His research has featured in Nature (2004) and Science (2008) and the international press, such as Reuters (2014), BBC (2015) and SCMP (2017). He has been invited to present Plenary and Keynote lectures at International conferences and is currently serving as Chief Editor of Wearable Electronics, Frontiers in Electronics and Editorial Board member of the Journal of Power Sources Advances.