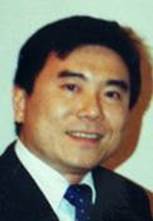 In the early part of his academic life, his research interests are in the areas of Ultrasonic Non-destructive Testing, Signal Processing, Computer Vision, and Image Processing. In 1995, he was awarded the Best Paper Prize in the IEE International Conference on Genetic Algorithms in Engineering Systems. Afterwards, he had started his investigation on the Three Dimensional Television (3DTV) technology, and had become the inventor of a wireless 3D display adapter. Starting from 2009 onwards, Dr. Tsang had been actively engaged in the research on Digital Holography and 3D technology. He has been given the Excellence Product Award in the China Hi-Tech Fair in 2010 and 2013 on holographic related products. Apart from his own research interest, Dr. Tsang has taken up in various academic activities such as participating in program committee and presiders of international conferences, and reviewer for international journals and conferences. He is currently serving as a Topical Editor of the Applied Optics (OSA), Guest/Associate Editor of the IEEE Transaction on Industrial Informatics, an Editor of the ICT Express (Elsevier), and an Advisory Editor of the Asian Journal of Physics.