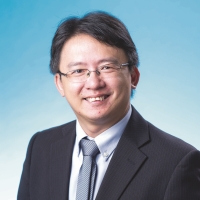 He has over 17 years of research experience in micro/nano manipulation and micro/nano assembly. His main research interests include development of micro/nano sensors using MEMS and nanotechnology; design and fabrication of MEMS/nano systems and devices, optical sensing system and photovoltaics, nanobiotechnology, automation and manipulation of micro/nano scale systems. He has been devoting to the research and development of nanomanufacturing technology for various nanodevices. He developed a micro/nano robot  and a microinjection system for microassembly and microspotting of nanomaterials such as carbon nanotube, graphene etc. He has also developed apply the systems for the observation and manipulation of different biological samples such as living cells and DNA strands. He published more than 80 peer-reviewed conference papers, book chapters and high-quality journals in the field of micromanipulation, nanorobotics and MEMS devices.