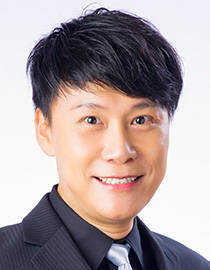 Professor Alan Wan spent the bulk of his youth in Australia and New Zealand. He obtained a B.Ec from the University of Sydney and M.Com and Ph.D from the University of Canterbury. A paper from his Ph.D thesis was awarded the A.R. Bergstrom Prize in Econometrics, a prize open to New Zealanders under the age of 26. Alan was on the faculty at the University of New South Wales before returning to his native Hong Kong. He has co-edited 1 book and published about 80 refereed papers including multiple papers in the following top-tier journals in Econometrics and Statistics: Journal of the American Statistical Association, Journal of Business and Economic Statistics, Journal of Econometrics, and Econometric Theory. In addition to being the principal investigator of 6 GRFs (formerly CERGs) from the Hong Kong Research Grants Council during 2000 - 2015, Alan has received research funding from the Australian Research Council and the British Academy. He is an Associate Editor of the Communications in Statistics: Theory and Methods and Communications in Statistics: Simulation and Computation. Alan was one of the recipients of the university's President's Awards in 2016.