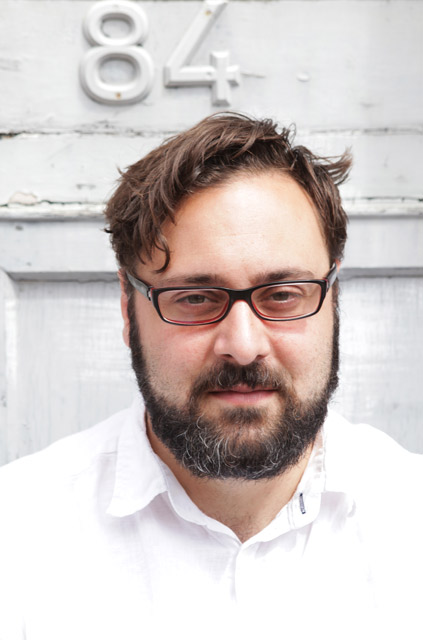 Mr Tobias Klein is an architect and interdisciplinary artist/designer. He generates a syncretism of contemporary CAD/CAM technologies with site and culturally specific design narratives, intuitive non-linear design processes, and historical cultural references. His most recent work, a fully 3D printed dress titled Incunabula was filmed by SHOWstudio London, and exhibited in the 14th Architectural Biennale (2014). The dress is in the permanent collection of the MoMu in Antwerp. At the same time, his work Inversive Embodiment, a 3D printed 4D rotation of St. Paul’s Cathedral wrapping embodied data sets in the form of Magnetic Resonance Image Data, was shown in the Science Museum in London; and a second work Soft Immortality is on show in the Museum for Science and Industry in Manchester. In parallel to the sculptural work, his continuous developing cycle of installation work titled Virtual Sunset was first shown at the Victoria and Albert Museum in London (2011), travelled to the Industry Gallery in Washington DC (2012) and finally was exhibited at the Microwave Festival 2013 at the Hong Kong City Hall.

Klein has lectured and given workshops internationally (Cambridge, UPenn, Oxford, UCL) and is the director of the Architectural Association’s Visiting School, Post-Industrial Landscapes. In 2010-12 he was an appointed Guest Professor at the TU Innsbruck Studio 3, institute for experimental architecture. His work is published in AD - Neoplasmatic Design (edited by Marcos Cruz), Digital Architecture Now (by Neil Spiller) and Drawings (by Sir Peter Cook). His current research uses advanced medical visualisation techniques to explore the human body as a new ecology of densities in which the dissolution of its anatomical boundaries allows the rethinking and recreating of it as a new physical/representational territory in constant flux and change.