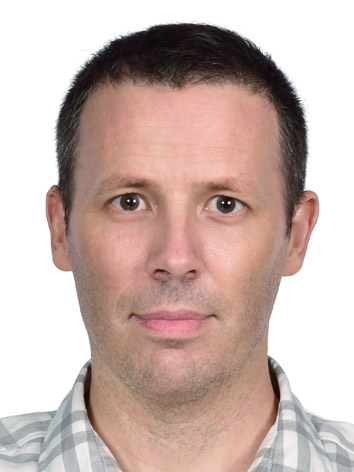 Dr. Simon Harrison is an Assistant Professor in the Department of English at City University of Hong Kong. He completed his PhD in English Studies at the Université Bordeaux Montaigne (Département Études des mondes anglophones) then conducted postdoctoral research as an Alexander von Humboldt Fellow with the Natural Media gesture studies group (RWTH Aachen). He went on to work as an Adjunct Professor at the Université Sorbonne Nouvelle (Département du monde anglophone), and from 2013 to 2018, he was an Assistant Professor of Applied Linguistics in the School of English at the University of Nottingham Ningbo China. Simon joined City University of Hong Kong in Autumn 2018.

Simon Harrison is a gesture studies researcher with interests ranging from the form and function of specific gestures (especially associated with negation) to studying relations between language, gesture and cognition in situations of social and professional interaction, such as group interaction activities in English language classroom discourse. He is author of The Impulse to Gesture: Where Language, Minds, and Bodies Intersect (2018) and The Body Language Myth: Understanding Gesture in Language and Communication (in preparation). He is co-author with David H. Fleming (University of Stirling) of Chinese Urban Shi-nema: Cinematicity, Society, and Millenial China (2020).

In 2019, Simon Harrison, Renia Lopez-Ozieblo (PolyU), Catherine So (CUHK) and Gladys Tang (CUHK) co-founded the International Society for Gesture Studies - Hong Kong Hub. This is an affiliated regional Hub of the ISGS (established in 2002) aiming to promote gesture studies in Hong Kong and throughout the wider region.

Dissertations supervised by Dr. Harrison in the area of gesture studies include: