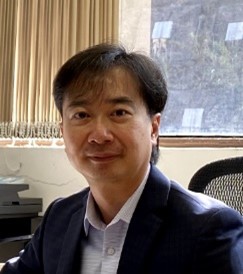 Tony Shien-Ping Feng is a Professor of Advanced Design and Systems Engineering at City University of Hong Kong (CityU). He received his BS, MS, PhD from National Tsing Hua University (NTHU), Taiwan. Before entering academia, he was an engineer, senior engineer, principal engineer, section manager, and technical manager at Taiwan Semiconductor Manufacturing Company (TSMC) from 2001 to 2008 and a deputy director at Tripod Technology Corporation from 2008 to 2009. He was employed as a Postdoctoral Associate at Massachusetts Institute of Technology (MIT) from 2009 to 2011. He joined The University of Hong Kong (HKU) as an Assistant Professor in 2011 and was promoted to Associate Professor with tenure in 2017. He joined CityU as a Full Professor in 2022. His research focuses on electrochemical system design and materials engineering for energy applications and semiconductor manufacturing.