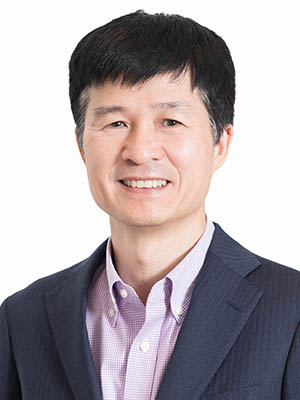 Lin Shaoyang joined CityU in September 2019, prior to which he had taught as a tenured full professor at the University of Tokyo. He also previously taught at CityU’s Cultural and Heritage Programme (now part of the Department of Chinese and History) for three years. Lin’s research is situated in the field of East Asian Studies, focusing on China and Japan from the early modern to modern periods as seen from comparative and global perspectives. His problematic concern concentrates on the interdisciplinary notion of “wen”（文）. Though one of the most important theoretical concepts within the cultural, philosophical and political traditions of the East Asian Sinitic sphere (in particular traditional China) before the advent of the modern era, one of the outcomes of Chinese and the rest of East Asian modernities is precisely the long oblivion of the idea of “wen”. One of Lin’s main concerns is to critically question this demise of “wen” and its relation to East Asian modernities. His most recent book deals with revolution in the late Qing period through the means of “wen” (revolution of thought, culture including literariness, and so on). In addition to this, Dr. Lin’s forthcoming book in Japanese is to deal with the link between the idea of “wen” or “li” (rituals) and East Asian “international” relations from the 16th century to the 1840s from both a global and, more specifically, an East Asian perspective that predates the universalization of the Westphalian Treaty system.

( Grant-in-Aid for Scientific Research (A) is the top class individual research funding, provided by the general research fund, managed by Japanese Society for the Promotion of Science (JSPS) of Ministry of Education, Culture, Sports, Science and Technology, Japan. It is equal to General Research Fund (GRF) in Hong Kong. )