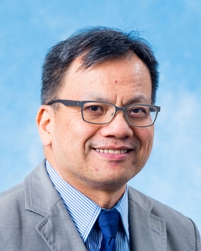 Dr. Chu was born in Hong Kong and obtained his BSc in 1984 with Honors in Computing and Computer Electronics at the Wilfrid Laurier University in Waterloo, Canada, his MSc in Physics in 1986 and his PhD in Electrical Engineering in 1990, both from the University of Waterloo, Canada. His PhD thesis was Modeling of Guided-Wave Optical Structures by the Finite-Difference Time-Domain Method.

He spent three more years at the University of Waterloo after graduation as Research Assistant Professor and as the lead researcher of the 'Modeling, Analysis and Design of Optical Waveguide Devices' project at the Canadian Institute of Telecommunication Research Centre. He was involved in the development of numerical methods for the design of optoelectronic devices, such as the FDTD and BPM methods, these methods were subsequently adopted by the industry as standard features in their simulation tools.

In 1993 he joined Professor Y. Kokubun's laboratory at the Yokohama National University as a JSPS Research Fellow and started his research in the fabrication of planar lightwave circuits (PLC). After a brief return to Canada as an Assistant Professor at the Wilfrid Laurier University in 1995, he returned to Japan in 1996 as the Associate Project Leader of the 'Three-dimensional micro-photonics' project at KAST, the project was funded by the Kanagawa Prefecture. A major accomplishment of the project was the development of high-index-contrast planar lightwave circuits and fabrication techniques. The technologies invented at the project find applications in optical communication, sensing and instrumentation. In particular, the seminal work on micro-ring resonators generated great interests from the research community and industry and it also resulted in over 30 publications between the years of 1998 to 2002.

In 1999 he moved to the US and spent one year at the National Institute of Standard and Technology as a Guest Researcher in the Quantum Process Group. In 2000 he co-founded Little Optics Inc. with his colleagues Brent Little and John Hryniewicz in Annapolis Junction, Maryland. This telecommunications company focused on development of densely integrated PLC for broadband applications and it invented the Hydex platform for optical integration. In 2004, Little Optics Inc. was acquired by ICxT-Nomadics, (ICxT-Nomadics [ICXT:NSAQ] was acquired by FILR System [FLIR:NASQ] in August 2010), and focused on the development of chemical and biological PLC micro-sensors. In 2006, as part of their integration strategy, Infinera Corp. [INFN:NASQ] acquired the Little Optics Division from ICxT-Nomadics to become their PLC Division. After helped Infinera on the development of the Hydex based PLC component and the deployment of these components in their DTN product line, Dr. Chu returned to his birthplace in the fall of 2010 and joined the City University of Hong Kong as an Associate Professor.

Development of portable system that is highly sensitive, real time, in-situ, has label- and reagent-free transduction,and is capable of multiplexed measurements.

Development of CMOS compatible platform technology for the fabrication of terahertz integrated circuit and sub-systems for molecular spectroscopy, imaging, detection and sensing of chemical and biological materials.