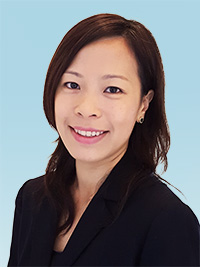 Dr Chin received her Bachelor of Technology’s degree (Biomedical Science) with First Class Honours from the University of Auckland in New Zealand. She completed her PhD in Microbiology and Immunology with Marshall Horwitz at Albert Einstein College of Medicine (New York) in 2006. With a postdoctoral fellowship from Susan G. Komen for the Cure Breast Cancer Foundation, Dr Chin studied the signal transduction events that drive breast cancer metastasis with Alex Toker at Harvard Medical School (HMS). Dr Chin was promoted to Instructor of Pathology in 2009. In 2013, she began her career as an Assistant Professor at HMS. Her research work has garnered more than 1500 citations (Google Scholar). Dr Chin joined the City University of Hong Kong in September 2016.

Dr Chin is a recipient of a 2015 V Scholar Award. She was named an Albert Wyrick Scholar, which recognises young scientists who pioneer techniques to make breakthroughs in cancer research. Dr Chin is also a Howard Temin Pathway to Independence Award (NIH K99) recipient.

The major goal of our lab is to elucidate signaling pathways perturbed by genetic alterations in human solid tumors. We are particularly interested in studying tumorigenesis of triple negative breast cancer, an aggressive form of breast cancer for which there is no effective targeted therapy. Another major area of our investigation is to explore how breast cancer cells develop acquired resistance to therapies targeting the PI3K/Akt pathway. The approaches that we are taking including patient-derived tumor organoids, 3D culture, live-cell signaling dynamics, and high-throughput proteomics. The ultimate goal of our research is to develop more effective therapies with lower toxicity for cancer patients.

More information can be found at Dr Chin’s lab website.