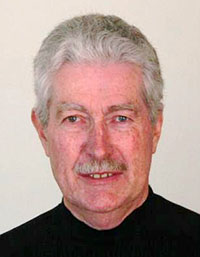 He graduated with a veterinary degree from the University of Melbourne and spent a few years in private veterinary practice including two years as the sole veterinarian on Kangaroo Island. Since then he has spent most of his professional life on the Roseworthy Campus, initially as College Veterinary Officer when it was an agricultural college, then as an academic when it became a campus of The University of Adelaide. He has performed many roles in university administration and governance including primary responsibility for championing the development and establishment of animal science and natural resources management degree programs, and as Associate Dean (Students and Admissions) in the School of Animal and Veterinary Sciences. He also holds an adjunct professorial appointment at the College of Wildlife Resources, Northeast Forestry University, Harbin, China.

His research interests seem eclectic but are based on studies of animals and their habitats, whether in captivity or in the wild. He was the first person to undertake a body of scientific research on the European hare Lepus europaeus in Australia and has supervised or co-supervised a number of projects including several studies conducted in northeast China.

Dr Stott’s role in the City University of Hong Kong College of Veterinary Medicine and Life Sciences focusses on the establishment of the Bachelor of Veterinary Medicine programme including its international accreditation, international and local student recruitment, and the development of its curriculum in consultation with Cornell University colleagues.