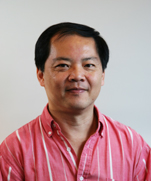 Paul Law studied at UCLA and MIT where he respectively received a BA and PhD degree in linguistics. He came to the City University of Hong Kong in 2008, after three years at the Universite du Quebec a Montreal, Canada and almost fourteen years of research at Zentrum für Allgemeine Sprachwissenschaft and the Frei Universität in Berlin, Germany. He has worked on a wide variety of languages including less familiar languages like Haitian Creole, Serbo-Croatian, Bulgarian, Malagasy, Tagalog and the Formosan language Tsou. His current research concentrates on the syntax of relative clauses, quantification in Naxi, Tense in Mandarin Chinese and negation-final yes/no-questions in Vietnamese.