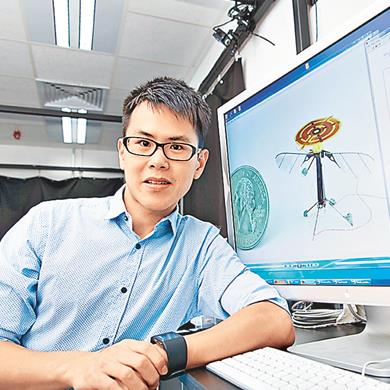 Pakpong Chirarattananon received his Bachelor and Master degrees from University of Cambridge, UK, and a Ph.D. degree from Harvard University under the supervision of Professor Robert Wood in 2014. His graduate work was centred on the dynamics and control for insect-scale flapping-wing robots. Since December 2014, he has joined the Department of Mechanical and Biomedical Engineering and founded the Robotic and Intelligent Systems laboratory at City University of Hong Kong.

Dr Chirarattananon is broadly interested in applying control and dynamic system theories to study aerial and biologically-inspired robotic systems. He has published two papers in Science and has been nominated as finalists for several awards from recognized international robotic conferences.