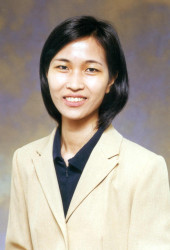 Dr. Leung is an associate professor in the Department of Architecture and Civil Engineering, City University of Hong Kong. She has attracted over HK$19 million for various research projects, including 9 GRF and ITF projects from the research grants council of HKSAR, and published over 150 refereed publications in international journals and conferences. Research areas covers value management, stress management, construction education and facilities management. Some of research studies have been published a book with the title of 'Stress management in the construction industry'. She has received a number of international awards, including Tony Toy Memorial Award issued by the HKIVM, Thomas D. Snodgrass Value Teaching Award issued by the SAVE international in the USA, Academic Excellence Awards issued by the Pacific Association of Quantity Surveyors, Academia Best Paper Award issued by the Miles Value Foundation in the USA, Teaching Excellence Award issued by the CityU. Dr. Leung is also a senior Fulbright Scholar at the Pennsylvania State University and the University of Southern California in the USA in 2014-15.

2012      – present  :  Academic advisor for freshmen, College of Science and Engineering.

2002      – 2004      :  Developed a new course (Value Management) for BSc(Hons) in CEM/BS/QS programmes; and  arranged recognition for the new Value management course from the ‘SAVE International: The Value Society’ in U.S.A.

2002      – present  :  Supervisor of Summer Students in the Industrial Attachment Scheme.

Summer 2001        :  Coordinator of Student Exchange Program to the Three Gorges Project between the CityU and the WuhanU.

1999      – present  :  Interviewer for Student Admissions for the degree of BSc(Hons) in CEM, BS /QS /Surveying, and the Master degrees of MSc in Construction Manag’t.