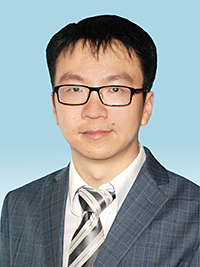 Dr Huang received his Bachelor of Science degree from the College of Biological Sciences at China Agricultural University in Beijing. After graduation in 2003, he did a short academic visit at Centre for Ecology and Hydrology-Oxford in UK before pursuing his PhD with Prof. Sir David Baulcombe at the Sainsbury Laboratory, John Innes Centre in UK. He obtained his PhD which was registered at University of East Anglia in 2009. He then did his postdoctoral training with Prof. Judy Lieberman at Boston Children’s Hospital and Harvard Medical School in USA before joining the faculty of the Department of Biomedical Sciences at CityU in Aug, 2014.

Dr Huang has made a few highly significant contributions to the RNA interference (RNAi) field. During his PhD, he studied the molecular mechanism of transcription gene silencing in plants. Using biochemical and genetic approaches, he discovered the subunit structure and associated factors of a novel DNA-dependent RNA polymerase complex, Pol V, which is essential for transcriptional gene silencing in plants (Huang et al, Nat Struct Mol Biol, 2009). More recently he discovered a species of bacterial small RNAs which is similar to eukaryotic small interfering RNA (siRNA). Those bacterial siRNA-like small RNAs, named pro-siRNAs (for prokaryotic siRNAs), were stabilized by ectopic expression of a plant viral siRNA binding protein, p19, in bacteria. Based on this discovery, he co-invented a technology of producing gene specific ‘recombinant’ pro-siRNAs, which is the world’s first cell-based method for producing siRNAs (Huang et al, Nat Biotechnol, 2013; www.pro-siRNA.com).

Dr Huang is passionate about pursuing fundamental questions in RNA biology and firmly believes such knowledge can be exploited to create powerful RNA-based therapeutics.

His primary research interest is in understanding the mechanisms of RNAi and its related phenomena (for example gene regulation by antisense RNA) in bacteria and mammalian cells. He will also continue to develop pro-siRNA-based tools for RNAi technology and therapeutics. Those tools will be used to discover genes involved in human diseases like cancers and viral infections which could lead to the development of targeted siRNA medicines for disease treatment. The projects will utilize a wide range of techniques from molecular biology to advanced bioinformatic analyses and will involve a few research organisms from bacteria to mammalian systems.