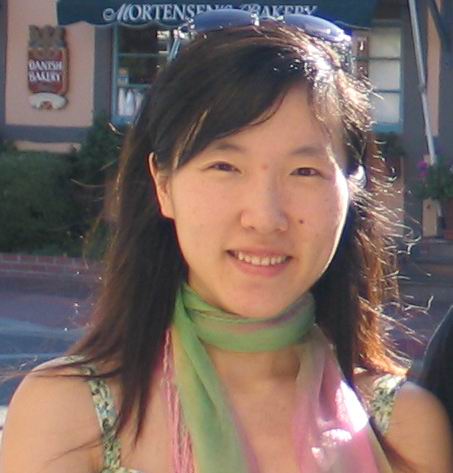 Dr. Lin Dai was born in Wuhan, China. At the age of 15, she excelled in the national college examination and was admitted into the "Special Class for Gifted Teenagers" at Huazhong University of Science and Technology. She received her BS degree in 1998, and the MS and PhD degrees from Tsinghua University, Beijing, China, in 2003, all in Electronic Engineering.

The distributed antenna system (DAS) has become a promising candidate for next-generation (5G) mobile communication systems. In DASs, many remote antenna ports are geographically distributed over a large area and connected to a central processor by fiber or coaxial cable. Although the idea of DAS was originally proposed to cover the dead spots in indoor wireless communication systems, research activities on cellular DASs have been intensified in the past few years owing to the fast growing demand for high data-rate services.

For cellular systems, the use of distributed base-station (BS) antennas enables efficient utilization of spatial resources, which, on the other hand, also significantly complicates the channel modeling and performance analysis. In this talk, I will introduce my recent work on the uplink capacity analysis of large-scale cellular DASs. I will start from the single-cell multi-user system, and address a series of fundamental questions such as how the uplink sum capacity varies with the BS antenna layout and key parameters including the availability of channel state information at the transmitter (CSIT) and the number of BS antennas. For the multi-cell case, I will show that with distributed BS antennas, despite substantial gains on the uplink sum capacity owing to the reduction of the inter-cell interference level, the cell-edge problem could be exacerbated. To demonstrate that the performance disparity originates from the cellular structure rather than the BS antenna layout, I will further introduce the concept of “virtual cell” and show that a uniform inter-cell interference density can be achieved in a DAS if each user chooses a few surrounding BS antennas to form its virtual cell. By doing so, each BS antenna serves a declining number of users as the density of BS antennas increases, indicating good scalability that is much appreciated in a large-scale network. I will conclude the talk by discussing the implications to cutting-edge cellular technologies such as small cells and pCell.

In sharp contrast to the simplicity in concept, the performance analysis of random-access networks has long been known as notoriously difficult. Numerous protocols have been proposed, yet how to analyze them within a unified framework remains an open challenge. In this talk, I will introduce my recent work on modeling and performance optimization of two most representative random-access networks, Aloha and Carrier Sense Multiple Access (CSMA). I will show that the key to establishing a unified framework for throughput, delay and stability analysis lies in the proper modeling of head-of-line (HOL) packets’ behavior. Based on the proposed framework, the network steady-state points of both Aloha and CSMA can be derived as explicit functions of key system parameters such as the network size, sensing capability and backoff parameters, which further enable characterization of stable regions and performance optimization. The analysis sheds important light on the design and control of practical networks such as WiFi, and serves as a crucial step toward a unified theory of random access.

Future wireless networks are expected to support a wide variety of communication services, such as voice, video, and multimedia. However, the wireless environment provides unique challenges to the reliable communication: time-varying nature of the channel and scarcity of the radio resources such as power and bandwidth. Therefore, it is of great interest to investigate how to efficiently allocate the limited radio resources to meet diverse quality-of-service (QoS) requirements of users and maximize the utilization of available bandwidth based on the channel states of users.

EE3008: Principles of Communications  (Every Semester B)