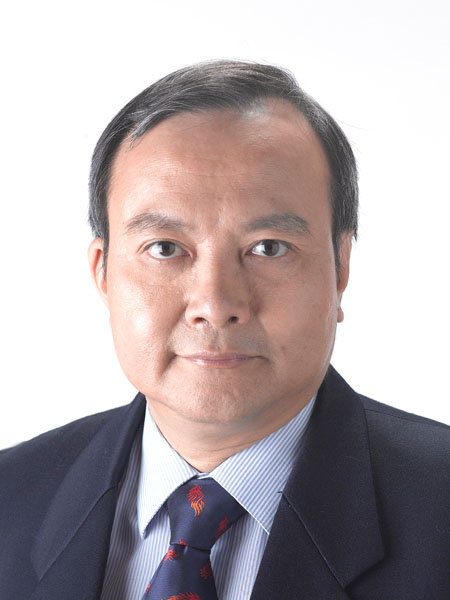 Dr. Cheng was born in Hong Kong. He graduated from the SalesianEnglishSchool where he was awarded many academic prizes. He left Hong Kong in 1976 and studied in the UK. Dr. Cheng received his B.Sc. degree in Physics and Computer Science and his PhD from King's College London (formerly Queen Elizabeth College), University of London in 1979 and 1982 respectively under the supervision of Professor Ronald E Burge who was a student of notable physicist Professor John T Randall. Dr Cheng has been awarded a Dillon Prize, a Britt Junior Scholarship and a University of London Scholarship for his PhD studies. From 1982 to 1984, he was employed as a research fellow at King's College, London.

In September 1984, he was Principal Engineer of ERA Technology Ltd., an independent research and consultancy organization in Electrical and Electronic Engineering in Leatherhead UK and has been participated in Falkland Mine Clearance Field Trial. From August 1987, Dr. Cheng was Project Manager and Senior Consultant of Logica Space and Defense Systems Ltd. UK in Cobham in charge of a number of secret military research and pre-production projects in surveillance areas and develop systems with NATO codification.

He joined City University of Hong Kong in September 1989 and is now Associate Professor of the Department of Electronic Engineering. He was also the team leader of Computer Engineering Group from 2005-2011. He received his Teaching Excellent Award from CityU and Excellent Paper Award from CAST Young Scientist Conference in 1995. He received an Innovator Award by EDN in Jan 1997, a Certificate of Merit from City University Applied Research Excellent Award in 1998 and a Certificate of Merit from Chinese International Invention Expo'98. He is the founder and CEO of MaCaPS International Limited and was Director and Technical Consultant/Scientific Advisor to a number of technology and listed companies in Hong Kong. He is an expert in security, smart card and RFID technologies and has published over 2 book in block cipher, 4 book chapters, 140 technical papers, 14 Patents and 1 Patent Pending and over 20 classified publications.

Dr Cheng is very active in the professional services. He has been servicing IEE Hong Kong Executive Committee for over 15 years. He was the past Honorary Secretary and Chairman of the Executive Committee. He was Vice President, Assistant Honorary Secretary and Council Member of the Hong Kong Association of Advancement of Science and Technology; Vice President & Founding Member of Innovation & Technology Association; Council Member of HKIT Joint Council; member of IT Committee of Federation of HK Industries, advisor of HK New Generation Culture Association, Judge of Youth Innovation and Technology Competition, Judge of HK ICT Award, Project Reviewer of Hong Kong ASTRI and director of Professional Validation Council Hong Kong Industries. He was also a member of 2nd Election Committee (IT sector) and is a HKSAR ACCOP Committee Member. He is now still serving as Chairman of Hong Kong New Generation Cultural Association, Vice President of University Credit Union and Credit Union League of Hong Kong. He is also an elected District Councilor of Kowloon City District 2012-15.