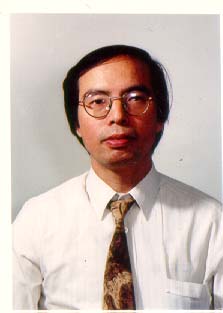 He has worked with UDI Co. Ltd.(Austria) as a Technical Consultant responsible for providing technical advice to the Ministry of PTT, the Ministry of Electronics, Ministry of Railway and Ministry of Defence, China from 1985-1987 and has stated in Beijing for three years.

He returned to Hong Kong and in March 1990, he worked with City University of Hong Kong and the present title is assistant professor of the Electronic Engineering Department.

Moreover, he is very active in professional bodies such as IEE Hong Kong , Hong Kong Institution of Engineers etc. He was the Chairman of the Electronics Division (95/96) of HKIE, a Member of the Community Service Committee  (HKIE) and the honorary secretary of the Electronics Discipline of HKIE. Also he was the honorary deputy treasurer of the centre committee of IEE Hong Kong during 1999. Presently, he is the chairman of the Training Sub-committee of HKIE, the member of the HKIE Training Committee and the Honorary Secretary of the Hong Kong Scholars Association. In addition, he is a member of Hong Kong SAR Government Appeal Board Panel, Amusement Rides (Safety) Ordinance and Lift & Escalators (Safety). Besides, he is also the member of the Disciplinary Tribunal Panel (Builders’ Lifts and Tower Working Platforms (Safety)) of H.K. Government. Dr. Cheng is the director of the MaCap Company Limited (City University of Hong Kong) and is the consultant of Global Positioning System and Intelligent Navigation Systems of the Technology Advisory Board of the Archontech Co-operation. He also worked as a consult to the Fire Services Department, EMSD, Marine Force and several private companies.  Besides, he presently serves as the external examiner of Sha Tin Computing Department and a member of the Sha Tin Computing Course Board of Hong Kong Institute of Vocational Education (Information Technology Discipline). Also he has also took part in the Departmental Advisory Board of Hong Kong Technical College (Chai Wan).