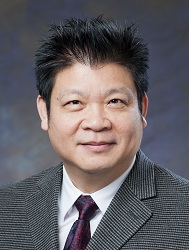 Professor Liew is the Head of Department of Architecture and Civil Engineering and Chair Professor of Civil Engineering, City University of Hong Kong. Prior to this, Professor Liew was appointed Chair Professor of Building and Construction, City University of Hong Kong, a tenured Professor at Nanyang Technological University (Singapore) and the Founding Director of Nanyang Center for Supercomputing and Visualization. Over his academic career, he has published over 700 SCI journal articles. Professor Liew is listed by the Institute for Scientific Information (ISI) as a Highly Cited Researcher in engineering. His publications have been cited over twenty-five thousand times and his current h-index is 66 (ISI) or 82 (Google Scholar). To date, Professor Liew has attracted over US$40 million research and development funds from government funding agencies, industries and higher institutions. He has graduated over 50 PhD students and supervised over 60 Post-doc fellows. His students are well received by industries and many of them have become faculty members of universities worldwide.