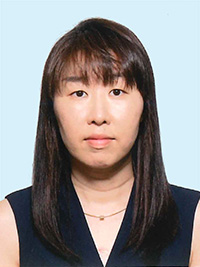 Dr Kim received her M.S. degree at SungKyunKwan University in South Korea, where she studied the role of aminoacyl-tRNA synthetase complex under the mentoring of Prof. Sunghoon Kim. Then, she moved to USA for her next step and obtained PhD degree from Department of Neuroscience and Cell Biology at Rutgers University in 2009. During this period, she discovered the novel mechanism of neurodegeneration under the guidance of Prof. Patrizia Casaccia, and her work was featured in several leading journals because of its new perspectives in the field. In 2010, she joined Prof. Charles J. Weitz lab in Department of Neurobiology at Harvard Medical School for her postdoctoral training. Her work about the regulatory mechanism of circadian clocks was also highlighted. In September 2015, she joined the Department of Biomedical Sciences at City University of Hong Kong as an assistant professor.

Circadian clocks are endogenous oscillators to generate daily biological rhythms in metabolism, behavior, and physiology. A growing body of evidence has shown the abnormal circadian rhythms such as altered sleep and dysregulation of hormone levels in patients with the central nervous system (CNS) disorders. However, little is known about what the underlying mechanisms are. Our missions are understanding physiological functions of circadian clocks in the CNS cells (i.e., neurons and glial cells) and the effects of altered circadian clocks on the CNS disorders including neurodegenerative diseases. The ultimate goal is to find novel therapeutic targets and design advanced treatment strategies based on circadian cycles.

In the molecular level, the core of mammalian circadian clocks is a transcriptional negative feedback loop, highly conserved from the brain to all peripheral tissues. This feedback loop also drives daily rhythmic expression of thousands of genes involved in diverse cellular processes and signaling pathways. We use biochemical and molecular biological approaches to investigate molecular mechanisms of neurodegeneration affected by circadian clocks, and vice versa. The research in our lab is performed with in vitro (primary cultures), ex vivo (brain slice cultures), and in vivo (animal models) systems.