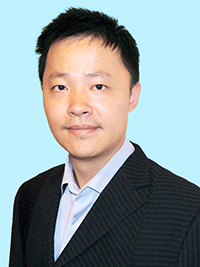 Dr Shi received his Bachelor degree in Biological Sciences from Xiamen University in 2002. After graduation, he was awarded a full PhD scholarship to join of Dr Jianxing Song’s lab at National University of Singapore. During his PhD studies, he used various structural biology methods to study the enzymatic mechanism of Severe Acute Respiratory Syndrome (SARS) coronavirus’s main protease. He determined the first inactive protease mutant crystal structure, revealing that the catalytic mechanism of the SARS protease was regulated by dimerization. To explore new areas of research and broaden his expertise, Dr Shi J.oined the laboratory of Dr Harvey Lodish, a member of the American National Academy of Science at the Whitehead Institute for Biomedical Research, to learn cell biology during a post-doctoral training. His research was to investigate important aspects of red blood cell (RBC) development and also to use RBCs for bioengineering. He discovered a new mechanism for alternative pre-mRNA splicing regulated by muscleblind-like 1 (Mbnl1) in RBC development. At the same time, he also co-invented a new technology for engineering RBCs as carriers for a wide range of therapeutic cargoes. His innovation on RBC engineering has attracted more than 10 million US dollars investment from Flagship Ventures for establishing a startup company called Rubiustx.

Dr Shi’s research focuses on both basic and applied sciences of red blood cell biology. His first aim is to investigate RBC development, which may have profound implications for treatments of anemia. Indeed, one third of the world's population suffers from anemia with enormous health and economic consequences. Despite available pharmaceuticals, RBC transfusion is still the only way to treat severe anemic patients caused by chronic cancer, infectious diseases and genetic disorders. The increased blood demands stress the public supplies. Therefore, his goal is to determine the regulatory mechanism governing RBC development as a prerequisite to develop anti-anemia therapies. His research would gain new insights into the regulation of RBC development and may reveal new ways to develop anti-anemia therapy for anemic patients, including chronic cancer patients.

His second aim is to engineer RBCs as vascular carriers for therapeutic agents. Using RBCs as drug carriers may resolve critical issues associated with drug delivery including poor solubility, poor stability, short half-life, toxicity and availability. RBCs possess many unique characteristics, including no genetic materials and long survival time (>120 days) that make them attractive candidates for vascular delivery of therapeutic cargoes. His goal is to engineer RBCs as cell-based carriers for therapeutic agents. This technology opens a new avenue for vascular drug delivery, which could potentially be useful for the diagnosis and treatment of many diseases.