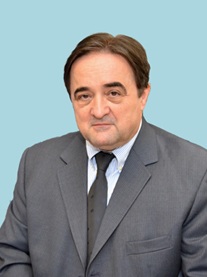 István T. Horváth received his Diploma in Chemical Engineering (1977) and Ph.D. in Chemistry (1979), both at Veszprem University (now University of Pannonia), Veszprem, Hungary. He was an Assistant Professor at the Department of Chemistry of the Veterinary University, Budapest, Hungary (1979 - 1980) and a Research Engineer at Chinoin, Budapest, Hungary (1981).  He was a Postdoctoral Research Associate at Yale University (1982 - 1984), a Scientific Co-worker at the Swiss Federal Institute of Technology (ETH), Zürich, Switzerland (1984 - 1987), a Senior Staff Chemist at Exxon (now ExxonMobil) Corporate Research, Annandale, New Jersey (1987-1998), and a Professor at the Institute of Chemistry, Eötvös University, Budapest, Hungary (1999-2009). He has been a Chair Professor of Chemistry at the Department of Biology and Chemistry, City University of Hong Kong since May, 2009 and was the Head until July 31, 2015.

His research interests center on green chemistry with an emphasis on homogeneous transition metal catalysis, organometallic chemistry, and in situ spectroscopy. His current research focuses on the sustainable conversion of biomass to chemicals and fuels including gamma-valerolactone and the development of sustainable fluorous chemistry. He has published over 170 scientific papers, book chapters and patents and gave more than 140 invited lectures at conferences and workshops, and close to 210 seminars across the World. He was the Editor-in-Chief of the "Encyclopedia of Catalysis" (Wiley, 1996 – 2002), Editor of “Fluorous Chemistry” (Springer, 2011 – 2012), and a Co-Editor of Aqueous Organometallic Chemistry and Catalysis (Kluwer, 1993 – 1995), Handbook of Fluorous Chemistry (Wiley-VCH, 2002 – 2004), Multiphase Homogeneous Catalysis (Wiley-VCH, 2003 – 2005), and Advance Green Chemistry (World Scientific Publishers, Singapore, 2015-2017). The books on fluorous chemistry were based on the fluorous biphasic concept he invented in the early nineties. He was the Chairman of the COST Action D29 on Sustainable/Green Chemistry and Chemical Technology (2002-2007). He was awarded a D.Sc. in Chemistry by the Hungarian Academy of Sciences in 1998 and was a Szechenyi Professor Scholar (2000 - 2003). He received the 1st Fluorous Technology Award in 2005, the Senior Humboldt Research Award in 2006, and the Green Chemistry Lecture Award of the in 2008. He was a Foundation for Inorganic Chemistry visitor and lecturer at The University of Sydney, Australia in 2009.  He is an Adjunct Professor of Eötvös University, Budapest, Hungary (2009). He is Honorary Member of the Academia Nazionale di Scienze Letter e Arti, Modena, Italy (2010) and RSC Fellow (Royal Society of Chemistry, 2013), ACS Fellow (American Chemical Society, 2014), and AAAS Fellow (American Association for the Advancement of Science, 2016).  He is an Honorary Professor of the Budapest University of Technology and Economics, Budapest, Hungary (2016).