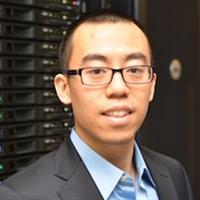 Hong Xu, Henry, received his B.Engr (Honors, First Class) in Information Engineering from The Chinese University of Hong Kong in 2007, and his M.A.Sc. and Ph.D. in Electrical and Computer Engineering from University of Toronto in 2010 and 2013, respectively. He is now an Assistant Professor in the Department of Computer Science.

Henry's research interests include data center networking, data center energy efficiency, cloud computing, and computer systems. He focuses on using mathematical modeling as well as building systems to explore and understand the design of large-scale computer systems. The overarching goal of my research is two-fold: improving performance, and reducing complexity, both defined broadly. He is also interested in network economics, and data mining/analytics.