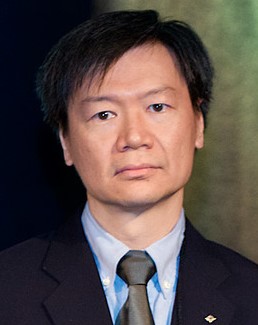 H. C. So was born in Hong Kong in 1968. He obtained the B.Eng. degree from City University of Hong Kong and the Ph.D. degree from The Chinese University of Hong Kong, both in electronic engineering, in 1990 and 1995, respectively. His Ph.D. dissertation was focused on the design and performance analysis of adaptive systems for time-difference-of-arrival estimation, which has important applications such as direction finding, source localization and velocity tracking.

From 1990 to 1991, he was an Electronic Engineer at the Research and Development Division of Everex (means "Ever for Excellence") Systems Engineering Ltd., Hong Kong. During 1995-1996, he worked as a Post-Doctoral Fellow at The Chinese University of Hong Kong. In the summer of 1996, he was a Visiting Researcher at the Royal Military College of Canada, Kingston, Canada. From 1996 to 1999, he was a Research Assistant Professor at the Department of Electronic Engineering, City University of Hong Kong, where he is currently a Professor. His teaching interests include signal processing, engineering mathematics, probability and stochastic processes, and signals and systems.He has published over 200 refereed journal papers in the field of signal processing. In particular, his research interests include statistical signal processing, fast and adaptive algorithms, signal detection, robust estimation, source localization and sparse approximation. According to Scopus and Google Scholar, his h-index amounts to 33 and 41, respectively. He has been on the editorial boards of IEEE Signal Processing Magazine (2014-2017), IEEE Transactions on Signal Processing (2010-2014), Signal Processing (2010-), and Digital Signal Processing (2011-). He is Lead Guest Editor of IEEE Journal of Selected Topics in Signal Processing for a special issue on Advances in Time/Frequency Modulated Array Signal Processing, which has been published in 2017. In addition, he was an elected member in Signal Processing Theory and Methods Technical Committee (2011-2016) of the IEEE Signal Processing Society where he was also chair in the awards subcommittee (2015-2016). He has been named a 2015 IEEE Fellow in recognition of his contributions to spectral analysis and source localization.