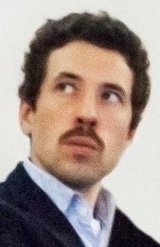 Dr. Gianni Talamini joined City University of Hong Kong in 2016. His research investigates the relationship between spatial forms and modes of production. Since the early 2000s, he explored the role of water in shaping the built environment. Before joining City University, he gained international experience both as researcher and practitioner, combining the construction of his theoretical framework with the profession of architecture. Working on the boundary between art and architecture, he managed the construction of installations designed by worldwide most famous architects and artists such as Tadao Ando, Patrick Bouchain, Daniel Buren, Cai Guo-Qiang, Norman Foster, Zaha Hadid, Jene Highstein, Steven Holl, Carsten Holler, Arata Isozaki, Morphosis, Yoko Ono, Paola Pivi, Jaume Plensa, Kiki Smith, Williams & Tsien and Lebbeus Woods. He collaborated on the realization of several art and architecture exhibitions. In 2012 he has been in charge of the restoration of the Finnish Pavilion designed by Alvar Aalto at the Venice Biennale (Italy).

CA5136: Foundation Studio for Values and Fundamentals in Design and Planning

CA5161: Theory and Criticism of Architecture