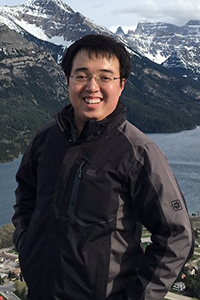 Dr. Fuyong Li is currently appointed as an Assistant Professor of Animal Nutrition at the Department of Infectious Diseases and Public Health. He received his bachelor degree in Animal Science from Northwest A&F University (2005-2009; China). After that, he conducted his master program in Europe and obtained double-master degrees in Animal Breeding and Genetics from University of Natural Resources and Life Sciences, Vienna (2010-2011; Austria) and Wageningen University (2011-2012, the Netherlands). In 2012, he joined University of Alberta for his PhD program and then achieved his PhD degree in Animal Science in 2017. Before joining City University of Hong Kong, he worked as a postdoctoral fellow at University of Alberta from Sept 2017 to Dec 2021, investigating the interactions between probiotics/prebiotics and the human host.

Dr. Li’s long-term research goal is to understand the host-microbiome interactions and how these interactions contribute to the host phenotypes in both genetic and nutritional contexts. Over the years, he has uniquely positioned himself through multidisciplinary research to be successful in this area: he is investigating the evolutionary relationships of the symbiont Limosilactobacillus reuteri with vertebrate hosts; he is evaluating the effects of a microbiome restoration strategy that includes a non-industrialized-type diet and the probiotics of L. reuteri, on the gut microbiome and host health; he is also comparing the influence of different dietary fibers on health in overweight people, and determining if these effects are predictable through individual signatures of the gut microbiome. During his PhD program, he applied novel omics (metagenomics, metatranscriptomics, metabolomics, and 16S rRNA gene sequencing) to characterize the gut microbiome and its linkages with host phenotypes and genotypes in ruminants. He successfully established bioinformatics pipelines for these cutting-edge omics approaches, and revealed linkages between rumen microbiome and feed efficiency in cattle. His study also revealed the host genetic effect on the rumen microbiome, highlighting the potential to manipulate the gut microbiome through selective breeding of the hosts.