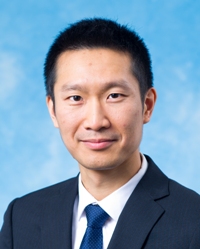 Derek Ho is currently an associate professor at the Department of Materials Science and Engineering at City University of Hong Kong. He was born in Hong Kong and immigrated to Canada at the age of 12, returning after obtaining his PhD. He received his B.A.Sc. (first class) and M.A.Sc. in Electrical and Computer Engineering from the University of British Columbia (UBC), Vancouver, Canada, in 2005 and 2007 respectively. At UBC, Derek focused his study on microelectronics. Derek received his Ph.D. in Electrical and Computer Engineering from the University of Toronto, Toronto, Canada in 2013, where he worked on biosensors incorporating nanomaterials and CMOS electronics for DNA-based disease and bacteria screening applications.

Derek’s research interest is in the interplay (i.e. co-design and integration) between nanomaterials and electronics. His current research includes materials, devices, and systems with a focus on chemical/gas, bio, and pressure sensing, mainly for flexible/wearable electronics. He is a member of the IEEE Biomedical and Life Science Circuits and Systems Technical Committee and a member of the IEEE Hong Kong Joint Chapter on Electron Devices and Solid State Circuits Executive Committee. Outside of the lab, Derek enjoys being in nature, playing music, photography, tennis (in Hong Kong), and snowboarding (in Canada).