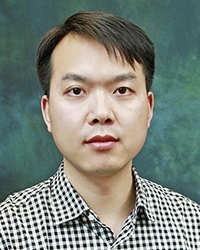 Dangyuan Lei is an Associate Professor at the Department of Materials Science and Engineering in the City University of Hong Kong. He received his BSc, MPhil and PhD degrees all in Physics from Northwest University, Chinese University of Hong Kong and Imperial College London in 2005, 2007 and 2011, respectively. His research interest centers on plasmonic nanophotonics and optical spectroscopy, with particular interest in plasmon-enhanced light-matter interaction at the nanoscale and its applications in energy harvesting and conversion, biosensing and bioimaging. He has published 150 journal papers, given >80 keynote and invited talks, and received 5900 citations and an h-index of 45. Three of his publications have been highlighted in “Editor’s Choice” of Science (2020) and “Research Highlights” of Nature Materials (2010 & 2011), respectively. Two of his publications have been respectively selected into the RSC “Emerging Investigators” themed issue of Journal of Materials Chemistry C (2016) and the IOP “Emerging Leaders” edition of Journal of Optics (2017).

He has received several prestigious awards, including Excellent Young Scientists Fund (Hong Kong & Macau) from the National Natural Science Foundation of China (2020), Young Innovator Award in Nano Research (NR45, 2020), Distinguished Visitor Award from the Scottish University Physics Alliance (2019), Key Technology Partner Visiting Fellow of University of Technology Sydney (2017), Royal Society International Exchange award (2016), Municipal Science and Technology Project Award from Shenzhen Science and Technology Innovation (2013 & 2014), Early Career Grants Award from the Research Grants Council of Hong Kong (2013), Deputy Rector’s Award (2008-2011) and Anne Thorne PhD Thesis Prize (2012) both from Imperial College London. He is an OSA Senior Member and a member of SPIE and IOP. He is in charge of the editorial office of Light: Science & Applications in Hong Kong, serves Frontiers in Photonics as an Associate Editor, and sits on the editorial board of Journal of Semiconductors, Acta Physica Sinica, Chinese Physics B, Journal of Physics Communications, and Nano Materials Science.