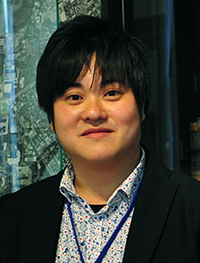 Key words: Comparative Anatomy; Comparative Embryology; Developmental Biology; Human Anatomy; Teratology: Palaeonotology
He is interested in the evolutionary and embryonic transformation of the mammalian body structure. His research is particularly focused on the development, evolution, patterns and variation of the cranial region. He has been studying foetal anatomy of more than 100 mammalian species by microCT scans and histological serial sections. His comprehensive studies on mammalian foetuses have led to the rediscovery of the interparietal bone (Koyabu et al., 2012 PNAS) and the discovery of the enigmatic correlation between the occipital development and brain size (Koyabu et al., 2014 Nature Communications). He is an expert in three-dimensional imaging techniques.