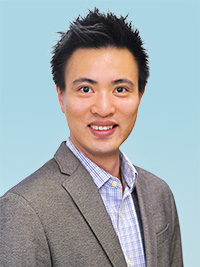 Dr Lau received his Bachelor of Technology degree (Biomedical Science) with First Class Honours from the University of Auckland in 2001. He received his Master of Science in 2004 and PhD in 2007 from the Albert Einstein College of Medicine (New York) under the guidance of Suzanne Zukin and Michael Bennett. His graduate thesis work focused on the cellular and molecular mechanisms of glutamate receptor regulation in synaptic plasticity. Having attended the Neural Systems and Behavior at Marine Biological Laboratory, Woods Hole, Dr Lau decided to pursue systems neuroscience research in the lab of Venkatesh Murthy at Harvard University. His postdoctoral work surrounded the theme of genetic regulation of homeostatic plasticity at the synaptic and circuit level. In recognition of Dr Lau’s work, he received a NARSAD Young Investigator Award in 2010. His teaching of an undergraduate tutorial entitled “Synapses: molecules, networks and behavior” earned him a Certificate of Distinction in Teaching from Harvard in 2014. His research work has garnered more than 1800 citations (Google Scholar). Dr Lau joined CityU as an Assistant Professor in March 2016.

Through the complex interaction of excitatory and inhibitory neurons, animals perceive and analyze the environment, learn associations, and perform behavior that is beneficial for their survival. How are specific neural circuits wired up in a manner that enables the brain to perform these functions? Our overall goal is to understand sensory processing and plasticity in terms of interactions of specific neuron types in the cortex. We use the mouse olfactory cortex and hippocampus as model systems and utilize an array of methods including electrophysiology (in vitro and in vivo), 2-photon microscopy, optogenetics, mouse genetics, and immunofluorescent labeling. Understanding how specific cell types functionally influence each other will provide fundamental insights about how the brain works. In addition, it will form the basis for illuminating why certain cells are more vulnerable in neurological and psychiatric disorders and this knowledge will aid the development of novel therapeutics.

More info can be found at Dr Lau’s lab website.