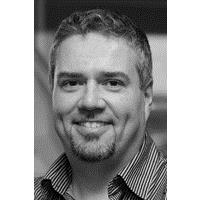 Brian King's research considers the discursive performance of identities, including ethnicity, gender and sexuality. His work also examines sexuality education, second language socialization, computer-mediated communication, and the social construction of space/place. Focusing primarily on language, his work is located within sociolinguistics and discourse analysis. Methodologically he draws on a number of traditions, including interactional sociolinguistics, corpus linguistics, and linguistic ethnography. He is now interested in pursuing further research in language and gender studies while exploring multimodal methodologies. Born and raised in Alberta, Canada he has since completed degree programmes at University of Calgary and University of Leicester, in which he discovered a passion for social research and discourse analysis. He then received a scholarship for PhD study in Applied Linguistics at Victoria University of Wellington in New Zealand, where he conducted research into sexual agency performance during conversation in sexuality education classrooms. He arrived at City U in 2012 at which point his teaching career had spanned more than 15 years across three continents, with time spent teaching in New Zealand, Canada, and Korea. He has published articles in international journals such as Language in Society, Language Learning & Technology, Sexualities, Gender and Language, Journal of Language and Sexuality, Journal of Language Identity and Education, and Critical Discourse Studies.