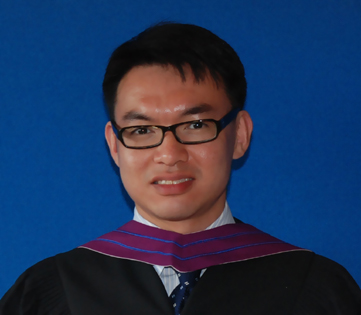 Atherosclerosis is the main cause of stroke. There is now agreement that the risk of stroke is related to slow progression, followed by sudden plaque complications, leading to plaque rupture and consequent life-threatening thrombosis. Most strokes associated with atherosclerosis, however, can be prevented by lifestyle/dietary changes, medical and surgical treatment. Therefore, the ability to monitor atherosclerotic plaque progression/regression as well as identify vulnerable plaque that is prone to rupture is important. Dr. Chiu’s research is focused on developing cost-effective, sensitive and specific plaque quantification tools based on 3D carotid ultrasound (US) images. As carotid atherosclerosis is a focal disease that predominantly occurs at the bifurcation, he has developed a tool to measure plaque thickness on a point-by-point basis, resulting in a 3D map of plaque thickness. This method has been published in Medical Physics (Publication 8). He has further developed a 2D flattened representation of the map in order to facilitate the interpretation and visualization of the 3D map. This method has been published in Medical Image Analysis (Publication 9). In an effort to identify vulnerable plaques, he has quantified carotid plaque surface irregularity using local curvature of the plaque surface segmented from 3D US images. This work has been published in Physics in Medicine and Biology (Publication 6).

As a postdoctoral fellow in University of Washington, he has made a contribution in developing a semiautomatic segmentation algorithm for MR images of femoral arteries. This work has been published in Medical Physics (Publication 2). It is also at this time that he began to work on combining MR and US images in identifying vulnerable plaque (Publication 1). MR is a well-established imaging modality for plaque composition detection. However, it is not cost-effective to use MRI for routine screening of vascular diseases. US, however, can be used for monitoring large numbers of asymptomatic patients in a large-scale clinical trial. Therefore, a patient management strategy in which US is used in screening and MR is used in validating and diagnosis of vascular diseases will have a great impact in decreasing the risk of stroke.