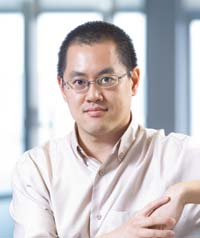 Dr. Antoni Chan is a professor at the City University of Hong Kong in the Department of Computer Science. Before joining CityU, he was a postdoctoral researcher in the Department of Electrical and Computer Engineering at the University of California, San Diego (UC San Diego). He received the Ph.D. degree from UC San Diego in 2008 studying in the Statistical and Visual Computing Lab (SVCL). He received the B.Sc. and M.Eng. in Electrical Engineering from Cornell University in 2000 and 2001. From 2001 to 2003, he was a Visiting Scientist in the Computer Vision and Image Analysis lab at Cornell. In 2005, he was a summer intern at Google in New York City.